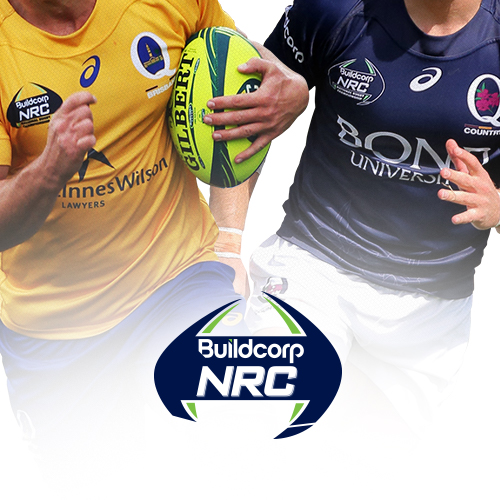 Tickets are now on sale for all Queensland-based Buildcorp National Rugby Championship matches for the upcoming season, which kicks off on Saturday 27 August.

Queensland Country will be searching for their first finals appearance in 2016, while continuing their commitment to bring top-flight Rugby action to fans in regional Queensland.

Brisbane City will be aiming to continue their unbeaten run, having claimed the 2015 title on the back of an undefeated season.

The National Rugby Championship was established in 2014 as a pathway for developing Rugby players,as they prepare to make the step up from grassroots to Super Rugby.

With converted tries worth eight points and penalty goals only worth two points, the eight-team competition features an exciting brand of running Rugby, with teams encouraged to opt for a try rather than a shot at goal.

The competition has proven to be a productive development pathway for Queensland Rugby, with 17 players from Queensland’s two teams making the progression from National Rugby Championship to Super Rugby in the last two years, including current Reds Jake McIntyre, Andrew Ready, Sam Talakai, Campbell Magnay, Duncan Paia’aua and James Tuttle.

Some of Queensland’s National Rugby Championship players have even gone on to play for the Wallabies, with Brisbane City’s Nick Frisby and Samu Kerevi making their debut for Australia against England in June this year.

Seethe stars of tomorrow, today, with a ticket to one of Queensland’s National Rugby Championship matches in 2016.