The BeerInCider Experience returns to Brisbane Showgrounds for one day on Saturday 9 March 2019 from 11am to 10pm, bringing with it Australia’s best independent breweries and cideries, food trucks, pop up restaurants and an absolutely stellar music line up that will have you questioning whether it’s a beer festival with awesome music or a music festival with awesome beer. We say both!

Our limited release brews will be back, including a collab beer with Something For Kate & Mornington Peninsula Brewery, as will the Ping Pong Arena powered by Felons Brewing Co, Brewers Stage presented by Brewski, games, activations, Wine & Cocktail Bar and more.

All tickets include a 2019 Festival Program, reusable 320mL festival cup and FREE public transport to and from the festival.

With an incredible beer, cider and music line up secured, you’ll want to experience Beer InCider as a Young Henrys VIP!

Tickets available at the gate if not sold out prior. Beer InCider is an 18+ only event. 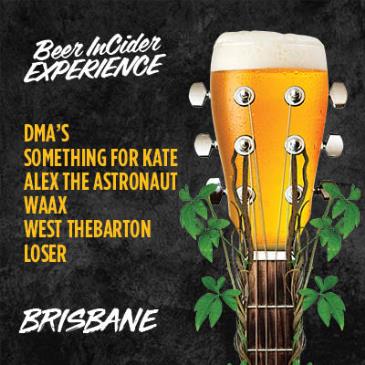